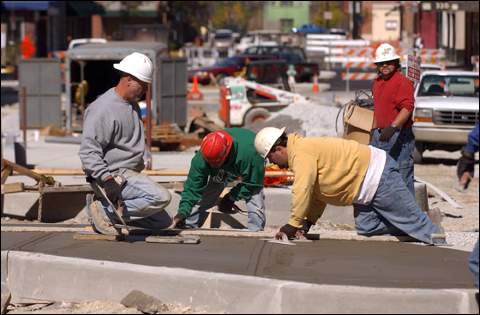 History
CJ Hughes was founded in 1946 as a drilling contractor for the gas and petroleum industries. Since that time we have expanded into a full service construction company that focuses on the water, sanitary, natural gas and petroleum industries. We offer construction services that allow our clients to move their products from drill site to end user. We build the pipelines that carry the product, the stations required to move the product, the gathering areas that store the products and the distribution network that delivers the product to the end user.  In 2008, Energy Services of America (ESA) purchased CJH, offering strong financial support, as well as additional contact with potential clients.

Since inception, C.J. Hughes has focused on being one of the region’s leading underground pipeline, utility, and facility construction contractors. With devotion to safety, environmental and quality, we offer an array of specialized services to the natural gas, petroleum, and water/wastewater industries. With in-house fabrication facilities and a diverse fleet of equipment, we remain flexible to meet all our customers’ needs. Since inception, our geographic footprint has expanded all across the northeast and midwestern region of the US as well as projection farther south.

The company is based in Huntington, W.V., but has a rapidly growing geographic footprint. We have done projects as far north as Michigan and New York and we go down to Tennessee, North Carolina and Alabama.  Our main office is in Huntington, but we have smaller yards and facilities closer to our large projects.

CJ Hughes has built a strong client base, working with local governments and major energy companies all over the country. The team has worked with Marathon Oil, the Williams Companies and Energy Transfer, among other large entities.

For municipality work, the crew has been involved in a number of major utility projects in the region. The company’s recent work includes an $8 million sewer line project; West Virginia’s largest in several years. The crew worked to replace and rehabilitate over 60,000 feet of sewer piping and 21 sewer lift stations. The team has been busy on the home front, with ground and utility work for a number of municipalities.

Most of the team’s energy work involves multiple-mile pipelines of 6- to 24-inch pipe. The company is currently working on several $10 million to $15 million projects in different states.

Dive straight into the feedback!Login below and you can start commenting using your own user instantly